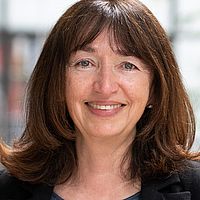 Diana Hummel is a research scientist at ISOE and has been member of the executive board since April 2014. Prior to that, she was head of the research unit Biodiversity and People and coordinator for the cross-divisional area “Academic Cooperation and Qualification of Young Scientists”. Diana Hummel is concentrating on issues in demography as well as gender and environment. She is the head of the junior research group demons, and assistant professor in social science at the Goethe University, Frankfurt am Main, with a focus on international development. She received her doctorate from Goethe University in 1999 with a thesis on “Population Discourse: Demographic Knowledge and Political Power.” 2009 she did her habilitation at the Goethe University.