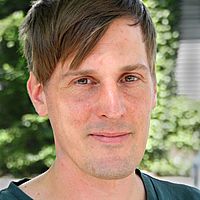 Florian Schneider has been a research scientist at ISOE since March 2019 within the research unit Biodiversity and People. In his research work he focuses on the integration of scientific knowledge on biodiversity into social discourses and decision-making processes. From 2015 to 2017 he was scientific secretary of the DFG Senate Commission for Biodiversity Research and scientific assistant at the Senckenberg Biodiversity and Climate Research Centre (SBiK-F) in Frankfurt am Main. Florian Schneider studied biology with a focus on ecology and environmental sciences at the Technical University of Darmstadt, where he earned his doctorate in 2012 on complex ecological networks.