The team of the German-Iranian IWRM project in Isfahan is developing a concept for integrated water resource management (IWRM) in the region around the Zayandeh river.

The Zayandeh river currently suffers from heavy overuse. In future, the river is to be used in a sustainable way, taking into account the various claims on its resources. The task at hand is therefore to develop and realise a concept for integrated water resource management (IWRM).

The team began by analysing the needs of the various stakeholder sectors: industry, residential water management, agriculture, tourism and Nature. Taking these as its basis, the project team has drawn up a scenario of possible ideas for the future. In dialogue with the parties concerned, suitable courses of action have been agreed and implemented.

Based on the analyses, the team is developing a system of decision-making aids for sustainable management of the water resources. It consists of two water management tools: a model for the quantitative simulation of water resources, and a second tool which takes account of the socio-economic factors. The tools are intended to provide support for the Iranian decision-makers and the project partners in the Ministry of Energy, Water and Wastewater Engineering and in the Water Authority of Isfahan. To this end, actual schedules and action plans are being devised for medium and long-term sustainable water resource management within the Zayandeh river catchment area.

The overall analytical findings will be integrated into a uniform WRM information system with scope for expansion and supplementation as and when required.

The Zayandeh, an inland river in Central Iran, is very important for the economic development of the semi-arid region of Isfahan. It is, however, heavily overused and is barely able to feed the Gav Khuni salt lake which is so significant in terms of bird migration as well as constituting an internationally recognised eco system. Water for agricultural irrigation is also becoming scarce. This project was preceded by an exploratory study on IWRM in Isfahan. 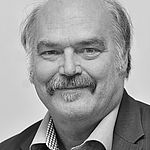