Many diseases, which can be attributed to malnutrition and lack of exercise, for example, can be prevented or at least alleviated by prevention and health promotion. Participatory health research picks up on this idea and supplements it with a transdisciplinary approach: different medical and sports science disciplines as well as health care experts develop preventive measures together with target group representatives.

In the first project phase (2015–2018), Capital4Health investigated how healthier and more active lifestyles can be promoted by expanding the capabilities of certain target groups (nurseries, schools, apprenticeship and older men). In addition, it was examined how an exchange of knowledge between researchers, mediators (from health care, education, care) and the target groups can succeed. In the second phase, overarching findings from the subprojects will be identified and their transferability to other contexts worked out. ISOE accompanies the theory and model development as well as the implementation of the transdisciplinary approach and the integrative method development. It conducts advanced training courses for the participating scientists and supports publications of the transdisciplinarily developed contents.
In December 2018, ISOE scientist Matthias Bergmann was appointed chairman of the International Scientific Advisory Board of the project.

The research network “Capital4Health – Capabilities for Active Lifestyles. An interactive knowledge-to-action research network for health promotion” is funded by the Federal Ministry of Education and Research (BMBF). The research is based on the concept of ‘cooperative planning’. This involves a transdisciplinary approach which recognises that, in addition to science, representatives from the target groups, from the so-called ‘professionals’ (teachers, trainers, company doctors, etc.) as well as from health policy and subordinate authorities must also be involved. In a joint planning process, the research questions and objectives are developed and researched in a participatory manner.

Institute for Sports Science and Sport of the University of Erlangen 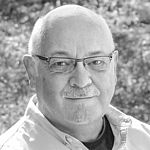