The EU project REZIPE has been set up to test ideas for emission-free vehicles in six European pilot projects.

REZIPE targets mainly public authorities, but also private companies keen to deploy clean and efficient electric vehicles. The aim of the project is to provide impetus for the use of emission-free vehicles powered by renewable energy. To this end, the team is evaluating strategic tools such as funding options and the deployment of company vehicles. Tools are also made available for successor towns/cities.

The project is dedicated to the testing of innovative ways to operate electrically powered vehicles in the public sector or in public private partnerships in towns/cities. The requisite electricity comes directly from renewable energies. The European test regions are Reggio Emilia and Bozen in Italy, Upper Austria and Klagenfurt, Ljubljana in Slovenia, and Györ in Hungary.

It is ISOE's role in the project to investigate the acceptance of electromobile means of transport. To this end, explorative surveys were conducted before actually introducing the offerings in question. Scientists looked at what the target groups (e.g. employees or the population at large) expected of the pilot applications. During the test period, qualitative evaluations will support formal evaluation. Later on, the project team as a whole will draw conclusions from the experiences gained. 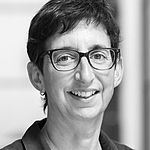