The team provided scientific support and advice to the forestry commission in the Eifel National Park with introducing gender mainstreaming into its work.

The key goal of gender mainstreaming in the Eifel National Park was to bring about a gender-specific approach to the park's work and the way it presented itself to the outside world.

The team worked together with the national park forestry commission in the fields of public relations, education and social scientific research, producing basic concepts for putting gender mainstreaming into practice. A practical guideline was developed for each area to fully familiarise those concerned with the topic and help develop appropriate routines.

Scientists also advised ministerial departments on the implementation of nine pilot projects concerning the implementation of gender mainstreaming in their different fields of work. Gender mainstreaming instruments such as the gender impact assessment (GIA) developed by ISOE were used in the process and adapted to the specific conditions of the Ministry for the Environment, Nature Conservation, Agriculture and Consumer Protection of the State of North Rhine-Westphalia (MUNLV). Furthermore, ISOE supported the working group in communicating the topic.

Ministry for the Environment, Nature Conservation, Agriculture and Consumer Protection of the State of North Rhine-Westphalia (MUNLV) 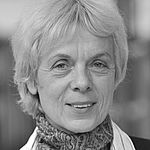