The aim of the project is to gain a better understanding of ecological and social tipping points. Desertification in arid areas can be a tipping point. The example of the Namibian savannah is used to investigate which processes in ecosystems lead to a change of state and which measures are suitable for effectively countering trends such as desertification.

The NamTip project pursues an inter- and transdisciplinary approach. In its research, ISOE focuses on local knowledge about desertification and the social factors that influence desertification processes. In the one-year preliminary phase of the NamTip main project, ISOE concentrates on the integration of Namibian stakeholders in order to align the project with the problem and needs situation on site. In the planned main phase, scientific and non-scientific capacity development as well as knowledge transfer will also be part of the tasks of ISOE. This includes the conception and coordination of master programmes and training measures as well as the demand-oriented dissemination of project results.

Overuse of natural resources and the additional burden of climate change are key factors that limit the contribution of ecosystems to human well-being in the long term. The savannah ecosystems in Namibia are an example of this. In Namibia, which is one of the driest countries on earth, maladapted grazing can contribute, among other things, to reduced soil water storage capacity, loss of biodiversity and desertification. This development often takes place slowly, but there are still critical points where changes in the ecosystem can occur surprisingly and in a short period of time. Due to the close interrelationship between the ecosystem and its human users, ecological tipping points are typically linked to socio-economic tipping points. If these tipping points are detected at an early stage, abrupt and often difficult to reverse processes such as those leading to desertification in Namibia's example could be prevented.

Bischofberger, Jenny/Evelyne Gab/Stefan Liehr (2018): Who is interested and how will they be involved? A stakeholder analysis with respect to desertificationtipping points in dryland social-ecological systems. ISOE-Materialien Soziale Ökologie, 50. Frankfurt am Main: ISOE - Institut für sozial-ökologische Forschung 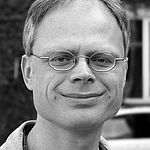