SLInBio – Urban lifestyles and the valorization of biodiversity: dragonflies, grasshoppers, bumblebees and Co

The research project SLInBio is investigating how the perception and valorization of insects can be increased in Frankfurt am Main and what contribution cities can make to the conservation of insect diversity. Therefore, social-ecological interactions between lifestyles and everyday practices of city dwellers and urban insect diversity are being analyzed.

The aim of the project is to contribute to the improvement of insect diversity in Frankfurt. The starting point is the so-called valorization. In an extended value concept, valorization is not understood as a purely economic value, but is seen in the context of social norms including intrinsic and relational values. By linking the three value dimensions with practice theories of social science environmental research, SLInBio develops a new approach towards the valorization of biodiversity. That way it is possible to determine how the value of biodiversity can be more strongly anchored in the everyday perception of city dwellers and in their everyday practices.

ISOE leads the overall consortium and is responsible for the work packages on lifestyles and interventions into the urban discourse. On the one hand, the connections between the lifestyles and everyday practices of city dwellers and the valorization of insect diversity will be empirically investigated. On the other hand, interventions into the urban discourse on insects will be developed and tested with the aim of improving the valorization of insect diversity. In this work package, new experiential spaces for a shared experience of insect diversity will be opened up and own routines will be reflected. In addition, knowledge and competencies for the promotion of insect diversity are to be imparted. In another task of the project , ISOE contributes with a model-based approach to the generation of knowledge for action and deals with the question of how insect diversity can be promoted in various fields of action within the city. ISOE thus contributes to systems knowledge and addresses the question of how observed effects and dynamics can be explained in social-ecological terms.

The aim is to identify the connections between people’s day-to-day practices and insect diversity. So here, the focus is on interactions between citizens and insects. In addition, ISOE contributes its transdisciplinary expertise to all these topics within the project.

In the project’s one-year preliminary phase, the foundations were already laid for the transdisciplinary involvement of urban actors, such as the parks and garden department and the environmental agency as well as allotment associations and private initiatives for the protection of insects in Frankfurt. For this purpose, a stakeholder group analysis was conducted. Open-air recreation in green environments was identified as the central field of action. Other fields of action such as mobility and transport, nutrition, construction and housing were also identified as relevant for the research project. These will be dealt with in the current main phase of the project.

While urbanization, among many others, has been identified as a driver of global biodiversity loss, it is also evident that cities now offer refuge for insects, as they are hardly affected by agricultural pesticide and fertilizer use. However, everyday practices of city dwellers such as recreation, gardening, and mobility and associated lifestyles can have both positive and negative effects on insect diversity in cities. What kind of attitudes urban dwellers have toward insects and how they perceive insects varies by situation and taxonomic group and is often ambivalent. In previous attempts it was assumed that education and communication efforts with the aim to provide information were sufficient to better embed an understanding for the importance of insect diversity in urban populations. Recent studies, however, discuss a decrease in the affinity for nature: the direct experience of and contact with insects decreases and thus also the willingness to protect insects. Against this background, the project investigates this very experience with the aim of identifying factors with a leverage effect for increasing the valorization and thus increasing the willingness to protect insects. In addition, measures that are particularly conducive to insect conservation will be identified.

The project “SLInBio – Urban lifestyles and the valorization of biodiversity: dragonflies, grasshoppers, bumblebees and Co.” is funded by the German Federal Ministry of Education and Research (BMBF) within the context of the funding measure “BiodiWert – Valuing and safeguarding biodiversity in politics, business and society” as part of the BMBF Research Initiative for Biodiversity Conservation (FEdA). 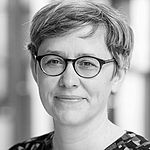