The three-year research project aims to investigate what kind of knowledge needs and barriers exist among municipal decision-makers and how the latter can then be addressed by means of better knowledge transfer. The intention is to support climate adaptation in Hessian municipalities. WissTransKlima therefore starts with the existing knowledge bases and needs of the municipal actors: The project aims to create a differentiated picture that maps the transition area from scientific knowledge to municipal practice. It aims to provide precise answers to the question of what specific knowledge is missing. In the project we also take questions into account that concern access barriers and human resources and we want to find out in how far knowledge gaps are matching research gaps. The answers to these questions will be incorporated into tailor-made transfer offers, which will be developed for the municipal actors of climate adaptation in Hesse and which can then also be applied beyond this regional focus.

WissTransKlima focuses on municipal actors in Hesse (so-called climate municipalities and others), which play a central role in the field of climate adaptation. These actors are not only responsible for risk assessments and the provision of information for their region, but they also acquire relevant knowledge about climate adaptation measures in advance and have the task of passing this knowledge on to the population in a targeted manner. Based on empirical methods and participatory developed transfer formats the special feature of WissTransKlima is the combination of analysis and knowledge transfer. To be precise, this means connecting the question of what knowledge the municipalities have or need with the subsequent knowledge transfer, for which suitable measures must be found and applied for an optimal result.

The consequences of climate change are also being felt in Hessen. Therefore, the Hessian Integrated Climate Protection Plan 2025 provides for a large number of measures for climate protection and climate adaptation amongst others. The resulting tasks present municipal actors with a wide range of topics and measures: These range from small-scale adaptation measures to large-scale risk assessments and either address individual actors or address the citizens of the municipality in the form of awareness-raising measures. Practitioners such as climate adaptation managers confirm that repeatedly situations arise in which they lack important knowledge, or in which studies present different recommendations, Furthermore, they complain that they lack the time and capacity to sift through the extensive range of information on offer in order to then make use of it.

The project “Knowledge transfer in municipalities – prerequisites and opportunities for successful climate adaptation (WissTransKlima)” is funded by the Hessian Agency for Nature Conservation, Environment and Geology (HLNUG) and is implemented on their behalf as a guideline project. 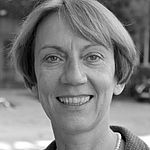