The United Nations has declared ‘Groundwater: Making the Invisible Visible’ its theme for World Water Day on 22 March 2022. This is because policies and decision-makers have paid little attention to the global groundwater problem thus far. In many places, this precious resource is contaminated, and withdrawal from aquifers exceeds what can be replenished. The regulate research group led by ISOE – Institute for Social-Ecological Research, is examining ways to better protect the ‘invisible’ resource. 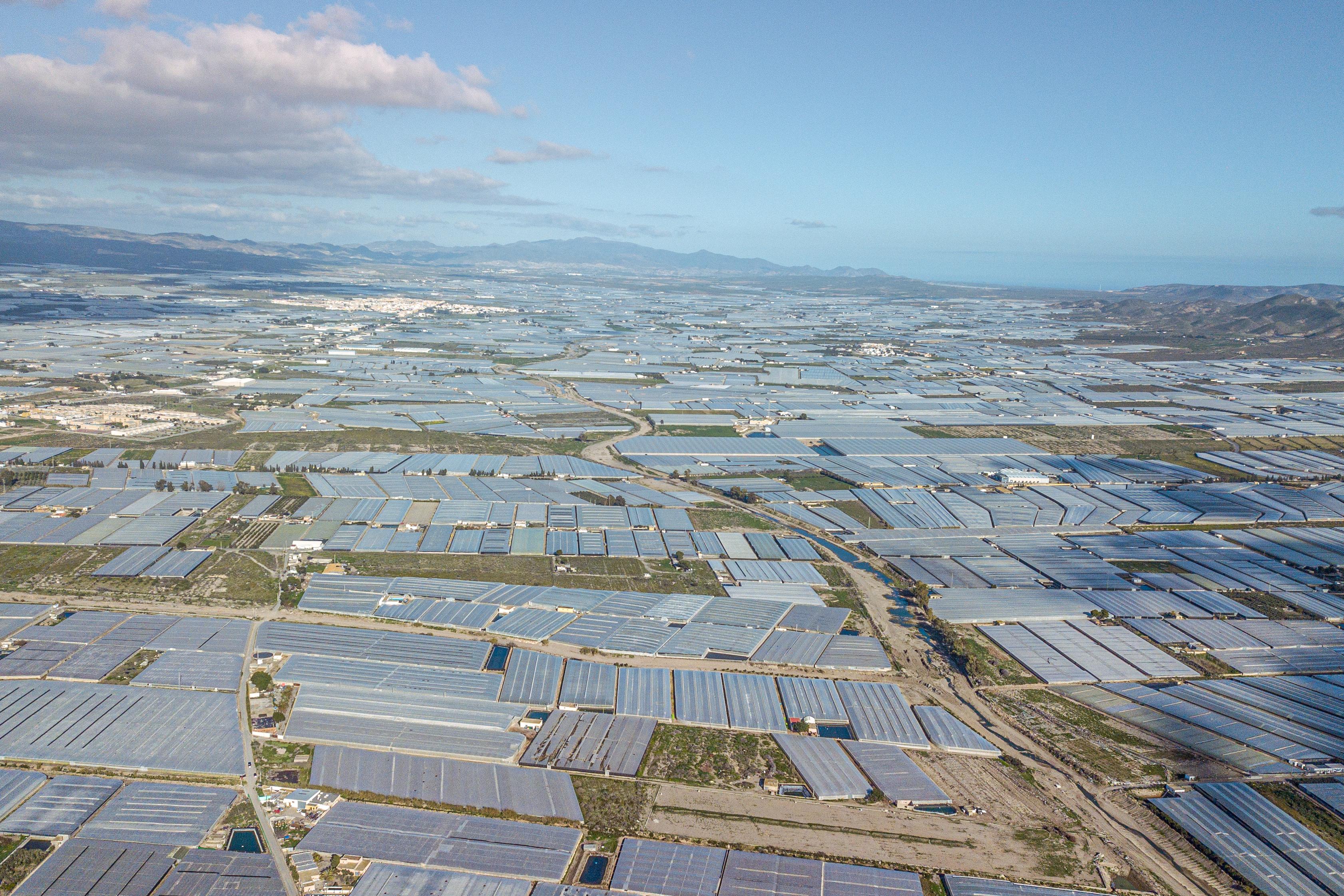 Greenhouses in the region of Andalusia, Spain (Photo: Alice_D - stock.adobe.com)

Groundwater is fundamental to the global population. It is the main source for drinking water and food production. And yet, in many parts of the world, the underground reservoirs have been overexploited to such a degree that the groundwater level is falling drastically – above all in regions with intensive agricultural irrigation. “Groundwater bodies have been unable to recover well. The insufficient replenishment of groundwater is a problem that climate change will exacerbate even further”, says Fanny Frick-Trzebitzky, who heads the regulate research group at ISOE. “We can only counteract this with sustainable management of groundwater resources.”

However, sustainable groundwater management is more than extracting less water locally. Water researcher Frick-Trzebitzky highlights the complexity of the issue. “The alarm bells should start ringing if, despite the international Water Framework Directive designed to safeguard the quality and quantity of groundwater bodies for the European Union, we see that many such bodies are in a poor state in terms of quantitative and chemical status.” The regulate research group recommends a paradigm shift in groundwater research to allow development of new, sustainable management strategies. “So far, the focus has been very much on local groundwater reserves and in-situ solutions that are, unfortunately, often doomed to fail”, says Frick-Trzebitzky. “We researchers must concentrate far more on the processes behind what is visibly occurring at the local level. In other words, we need to redirect our gaze to the supraregional impacts on groundwater, so-called telecoupling.”

Delving deeper into the causes of local or regional groundwater problems, we find that the pressure on aquifers originates not only in local abstraction in the so-called hotspot regions of Europe. “Supraregional long-distance effects contribute significantly to the over-use and contamination of groundwater, and vegetable growing in the southern regions of Europe is a good example”, says Robert Luetkemeier, who heads the research group together with Frick-Trzebitzky. While the water is withdrawn and polluted from pesticide and nutrient inputs locally, the vegetables are predominantly destined for and consumed in distant regions. “To understand and solve the groundwater problem in southern Spain, you have to think about it from the other end”. By ‘other end’ we mean exports, including to German supermarkets. The groundwater problem may well occur at local level, but it is caused supraregionally”, says the ISOE researcher.

Catchment areas are too narrow a perspective

In an article published in the journal ‘Water’, the research group has shown possible scientific and economic starting points for the paradigm shift: to date, we manage groundwater bodies as parts of river catchments, which form regional management units in terms of Integrated Water Resources Management (IWRM). “The conventional perspective on catchment areas fails to address the complex interactions affecting groundwater resources”, says Robert Luetkemeier, and gives some examples. “For one thing, interbasin water transfers cross the hydrological boundaries of a management unit. And then there are external influences on the regional sources.” These include aspects such as seasonal peaks in water demand caused by visiting tourists, or the so-called virtual water used for the regional cultivation of vegetables for export.

The real impacts on groundwater (including remote influences that often come with a time delay) are key to establishing a sustainable form of management. Understanding them requires research, business and politics to also look at the supposedly ‘invisible’ relationships. “Groundwater frequently becomes ‘visible’ only when a crisis looms, for instance via a rising number of applications for well drilling, the first signs of drought damage in forests, or the drying up of extraction wells belonging to water suppliers”, cautions water researcher Luetkemeier. Continuous monitoring of groundwater bodies is therefore vital. In concrete terms, the EU Groundwater Directive should in future also include criteria for evaluating the ecological state of groundwater bodies. One area that Fanny Frick-Trzebitzky, Robert Luetkemeier and their ‘regulate’ team are working on is the form that such criteria might take.

To the publication in the journal “Water”:

About the research group regulate

The junior research group “regulate – regulation of groundwater in telecoupled social-ecological systems” is funded by the German Federal Ministry of Education and Research (BMBF) as part of the program “Research for Sustainable Development (FONA)”. The regulate project is part of the funding measure “SOEF – Social-ecological Research” in the funding area “Junior Research Groups in Social-Ecological Research”.

For more information on the project, see www.regulate-project.eu