Expansion of waste and recycling management

On 9 May, German Minister for Economic Cooperation and Development Gerd Müller founded the international waste alliance PREVENT together with over 30 organizations from business, politics, civil society and science as well as with the countries of Indonesia and Ghana. The alliance aims to promote the development of a functioning waste management and recycling system in developing and emerging countries. As a scientific founding member, ISOE – Institute for Social-Ecological Research is also committed to waste avoidance, proper disposal, recycling and the use of secondary raw materials. 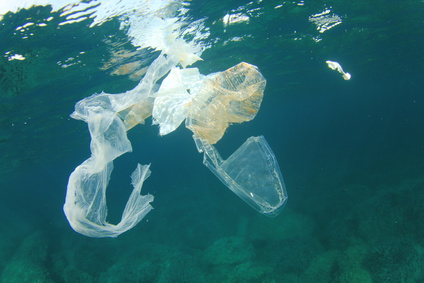 For ISOE, Johanna Kramm and Heide Kerber from the SÖF junior research group PlastX are involved in the working groups “Conserving resources” and “Closing cycles for packaging”. Within the framework of the PlastX-project, the two ISOE researchers are investigating how the ecological consequences resulting from the production, use and disposal of plastics can be reduced in the future. Therefore, the PlastX team is developing respective strategies in the areas of plastic alternatives, plastic avoidance and management to ensure the sustainable use of plastics. The focus of PREVENT is also on plastic waste from packaging and disposable products. Together, the alliance now wants to create new projects for waste avoidance, recycling and professional disposal in developing and emerging countries and to push the urgently needed knowledge and technology transfer for a modern waste management.

Participants in the Waste Alliance include the Federal Ministry for the Environment, Nature Conservation and Nuclear Safety, the Federal Environment Agency, the Federal Association of the German Waste, Water and Raw Materials Industry (BDE) and WWF Germany. The industry is represented by Nestlé, Werner & Mertz, ALPLA and social enterprises such as Grameen Creative Lab and Plastic Bank. From the waste and recycling industries Der Grüne Punkt, Umicore, Remondis, Wastecon and Blackforest Solutions are participating. Other members are the German RETech Partnership and the Gesamtverband Kunststoffverarbeitender Industrie (GKV). The scientific founding members of PREVENT are ISOE – Institute for Social-Ecological Research, the Wuppertal Institute, chairs and institutes of the universities of Dresden, Kassel and Rostock as well as the United Nations University.

The initiator is the Federal Ministry for Economic Cooperation and Development (BMZ), which promotes waste disposal, recycling and the creation of a recycling economy worldwide. In Ghana, for example, the BMZ has set up a recycling system on Africa's largest scrap heap for electrical and electronic waste, where up to 10,000 people are trained in recycling and where they also find work. Up to now, people have been exposed to toxic vapours without protection when dismantling old electrical appliances, and acids have been released into soil and water. In Indonesia, the BMZ is investing in the construction of modern landfills and sorting facilities. More than half of all plastic waste comes from only five countries: China, Indonesia, the Philippines, Vietnam and Thailand. In these so-called hotspot regions, plastic consumption has been increasing dramatically for years, while waste disposal is completely inadequate. A large proportion of this waste reaches the seas via rivers – three quarters of marine waste now consists of plastic.

For more information about the objectives, structure and working packages of the Waste Alliance PREVENT also go to https://www.prevent-waste.net/en/