In the run-up to the UN Biodiversity Conference in Montreal, a broad alliance of German scientific and non-governmental organizations has called for an end to economic activity against nature. Researchers at ISOE – Institute for Social-Ecological Research support these and other demands, which were published in the “Frankfurt Declaration” at the end of November. At the same time, the position paper makes concrete proposals to make a nature-friendly economy the standard and thus to defuse the “twin crisis” of biodiversity loss and climate change. 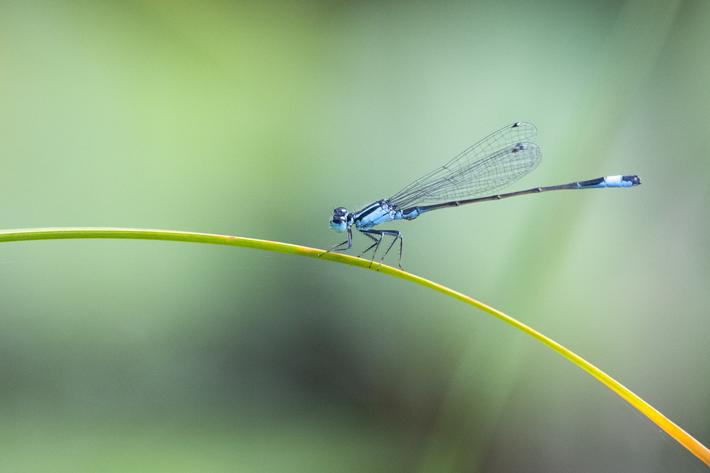 At the UN Biodiversity Conference, representatives of the signatory states to the international environmental agreement CBD (Convention on Biological Diversity) will meet in Montreal, Canada, from December 7 to 19 for their Conference of The Parties (COP). Elizabeth Maruma Mrema, head of the UN Convention on Biological Diversity, recently announced that hopes are high for a “Paris moment”. What is meant is a landmark agreement for species protection that will become globally binding. Here, time is of the essence since the loss of biodiversity is continuing unabated.

In the “Frankfurt Declaration”, scientists and representatives of non-governmental organizations are calling for a fundamental change in the economic system in order to protect biodiversity. Up to now, the current economic model has made unpaid use of nature’s services - nature provides food and raw materials, regulates the climate, material cycles and erosion, and offers space for recreation and education. The total economic value of these services is estimated to be in the order of up to 190 trillion US dollars per year. But in reality the price is far higher, because the use of nature’s services results in the overexploitation and destruction of natural resources i.e. the most important basis of life in general.

The initiators and signatories of the “Frankfurt Declaration”, among them ISOE researchers, are therefore calling on science, politics, business and the public to join forces. The aim is to re-evaluate the services provided by nature and to change the way companies think and act in such a way that is compatible with nature. As the world’s fourth-largest economy with an enormous biodiversity footprint, Germany is seen as a pioneer in reorganizing global value chains and reducing environmentally harmful subsidies. The alliance expects mandatory biodiversity reporting by companies to be a concrete outcome of the conference. Policymakers must ensure that companies and financial institutions measure their biodiversity impacts and dependencies in order to be able to take appropriate countermeasures.

The “Frankfurt Declaration” also provides proposals for changing competitive conditions and for incentives and safeguards that prevent “greenwashing”, for example. Furthermore, there are ideas on deforestation-free supply chains and the suggestion to include the topic of biodiversity in the innovation agenda of the German government. Numerous ISOE researchers have joined the declaration that was initiated by the Senckenberg – Leibniz Institution for Biodiversity and Earth System Research, the Frankfurt Zoological Society, the Museum für Naturkunde Berlin and other institutions. ISOE is conducting research on new concepts for the assessment and protection of biodiversity in the research unit “Biodiversity and People”. With its social-ecological biodiversity research, ISOE addresses questions on social processes, such as demographic change or changing lifestyles, which influence the use of ecosystem services as well as the perception and valuation of biodiversity.