Every day, around 480 tons of waste end up on the streets of Khulna, the largest city in the densely populated Ganges Delta. This includes vast quantities of plastic that is washed into the oceans via Bangladesh’s neighboring waters. Without countermeasures, marine pollution will continue to increase. The aim of the SCIP plastics joint project is therefore to establish a sustainable waste system in Khulna in order to reduce plastic waste in the long term and protect the aquatic habitat. The project that is funded by the German Federal Ministry for the Environment, Nature Conservation, Nuclear Safety and Consumer Protection (BMUV) with around four million euros will be implemented by Bauhaus University Weimar in cooperation with ISOE – Institute for Social-Ecological Research until 2024. 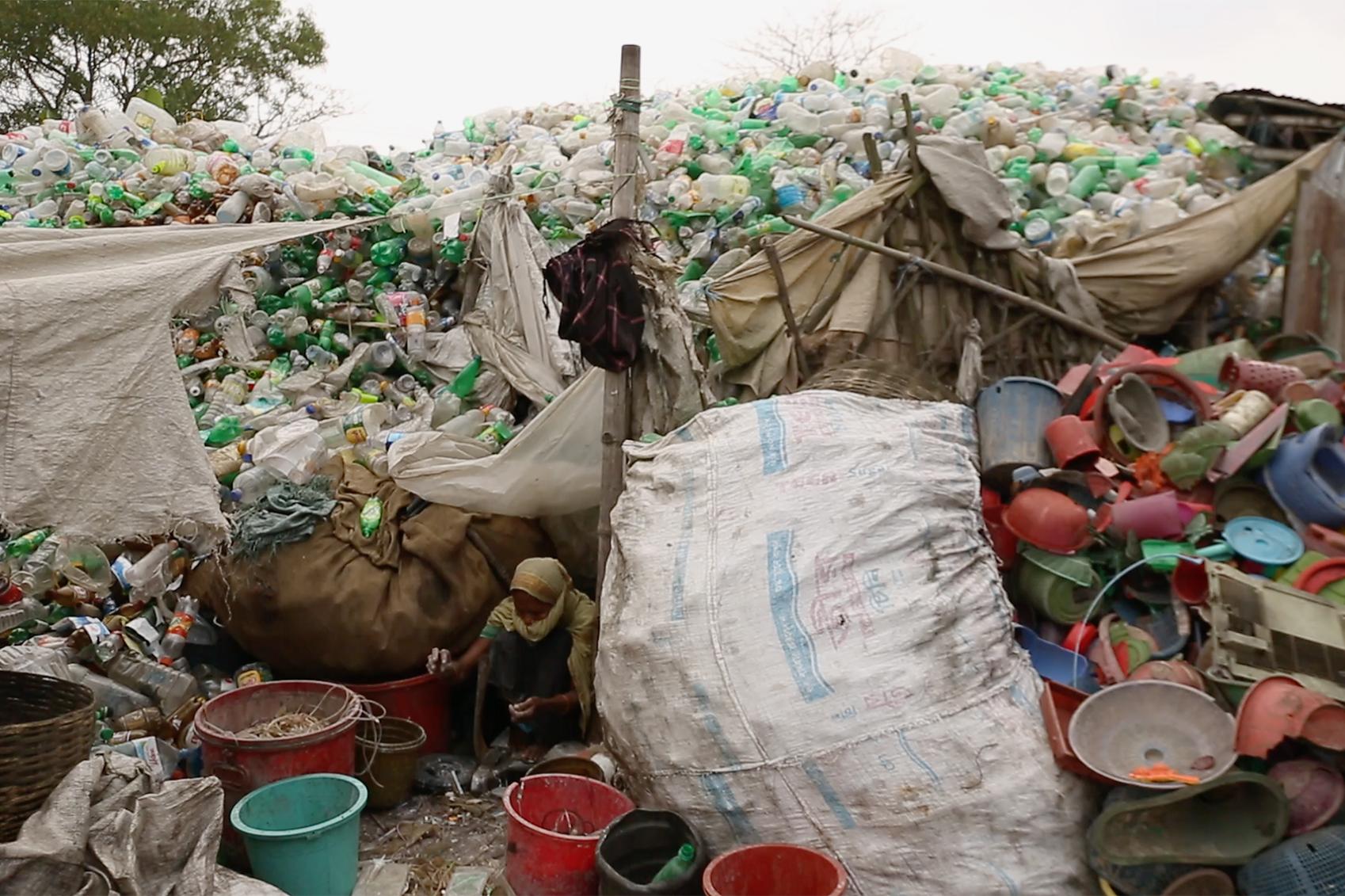 There are no state-institutionalized recycling plants in Bangladesh. People often collect waste from the garbage mountains and separate it by hand. Photo: Florian Wehking, Bauhaus University Weimar

Bags, PET bottles, sanitary products – around three quarters of the waste that ends up in the sea consists of plastic and it can take thousands of years for it to completely decompose. Until then, the plastic degrades into ever smaller particles. Much of the waste is washed from land into the oceans via rivers. One of the countries with the highest levels of marine plastic pollution is Bangladesh. And here is the problem: Cities like Khulna lack a central point of contact to organize and coordinate waste management. There are no technical facilities for separating and recycling, so most of the waste ends up unsorted and untreated on the side of the road and in open landfills. The waste lying around can not only cause diseases, but can also endanger ecosystems in the adjacent water bodies. The aim of the research project “Sustainable Capacity Building to Reduce Irreversible Pollution by Plastics” (SCIP plastics for short) is therefore to reorganize waste management in Bangladesh to prevent plastic waste from entering the environment in the first place.

Networking and education in the SCIP hub

At the heart of the project is the so-called “SCIP Hub”, a knowledge transfer center that is being set up on the campus of Khulna University of Engineering and Technology (KUET). In the hub, interdisciplinary actors from business, science, politics, and society will be interconnected to develop a master plan for the reorganization of waste management in Khulna and to implement various pilot measures in the field of plastics prevention. One of the plans is to set up an awareness center in the downtown area of Khulna to sensitize the population to the collection, separation and disposal of waste and to create awareness that waste can also be used as a resource.

The project will first of all be based on an examination of the existing chain of recyclable materials from a socio-economic point of view. Four pilot facilities will be used to optimize the collection of recyclable plastics and test new strategies for low-emission disposal in landfills. The recycling stores that have so far been organized rather informally, are also to be integrated into the concept and improved according to ecological standards. Furthermore, the extent to which plastics can be replaced in the long term by locally produced jute will be examined. In addition, a case study in the port of Mongla will analyze the extent to which the threat of plastic pollution in Bangladeshi ports can be contained. The findings will be evaluated in the hub and implemented locally in cooperation with the Khulna City Corporation. The long-term goal is to develop a national waste strategy that will help prevent plastic waste.