Strengthening disaster management worldwide and learning from one another

Within the research project “FlutNetz”, the aim of the scientists from Goethe University Frankfurt, RWTH Aachen University and ISOE – Institute for Social-Ecological Research in Frankfurt is to cooperate with partners from Bangladesh to improve emergency medical care during flood disasters in the country. In 2020, the German Federal Ministry of Education and Research (BMBF) pledged 2.4 million euros in funding for the project. After a delay due to the pandemic, FlutNetz is now getting underway. 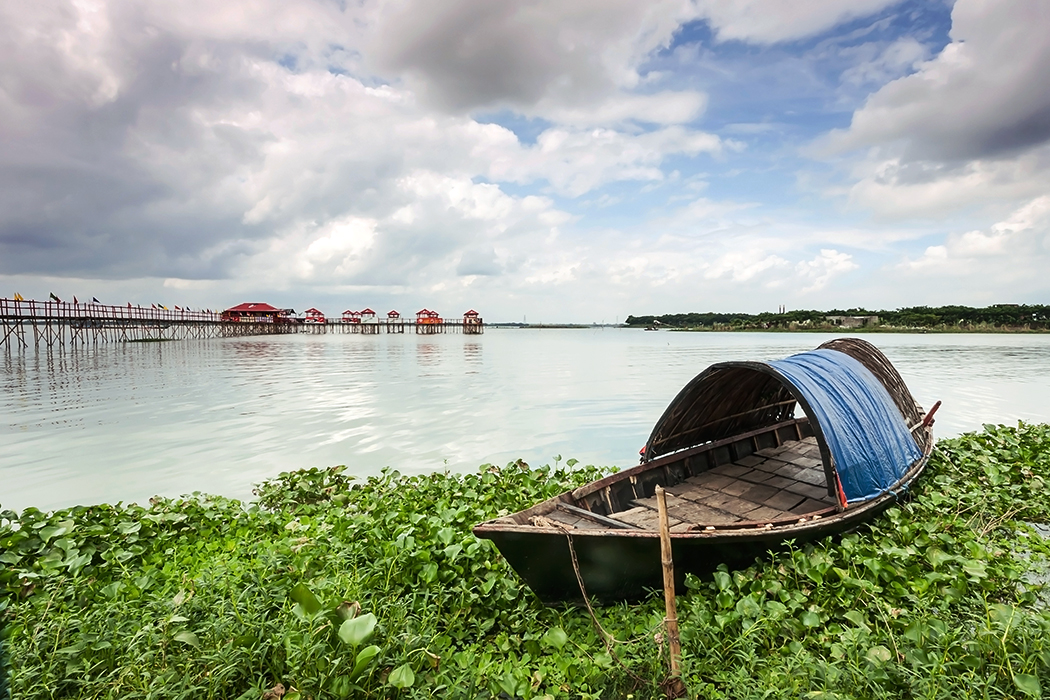 Bangladesh is one of the countries particularly affected by the consequences of climate change. The country is ranked seventh on the Climate Risk Index and is hit annually by flood disasters during the rainy season. The research project “FlutNetz”, consisting of scientists from Goethe University, RWTH Aachen, and ISOE – Institute for Social-Ecological Research, is investigating how medical care can be improved on site and how countries can learn from each other in the area of disaster management. The project is funded as part of the BMBF measure “International Disaster and Risk Management – IKARIM,” which has been supporting innovative, application-oriented approaches to disaster prevention and avoidance since 2018 as part of the German government’s “Research for Civil Security” program.

“So, in the event of a disaster, due to its experience with cyclones, Bangladesh is now well prepared to evacuate large parts of the population in time,” says Dr. Ulrich Kuch from the Institute of Occupational, Social and Environmental Medicine at Goethe University, who is coordinating the research alliance. “Nevertheless, many people there die during floods, most frequently from drowning, snakebites, lightning and defective power lines; there is a lot of catching up to do in preventing and eliminating such hazards.” To explore how to effectively improve emergency medical care during flood disasters, the FlutNetz project is pursuing a composite strategy.

The scientists from Goethe University are focusing on the following research questions: Which population and occupational groups in the worst-affected regions can best be trained as disaster and first responders as well as professional rescue workers, after how long can they still properly apply the newly acquired skills, and how effective are they in an emergency? In parallel, an emergency center staffed with specially trained doctors and offering a telephone hotline will be established to get in touch with people who live in remote areas.
The research network will also operate an unmanned aerial system to deliver life-saving drugs to emergency patients. To this end, a flight system has been adapted at RWTH Aachen University capable of transporting medicines such as snake venom antivenins within the country and delivering them to the patients’ location. To withstand the challenging weather conditions during the rainy season, a high-performance tilt-wing system is used. This type of aircraft can operate fully automatically day and night over long distances and can withstand high winds.

In many countries, including Bangladesh, women and girls, as well as marginalized groups, have poorer access to care during and after flood disasters due to gendered role expectations and social norms. Children and the elderly are therefore more likely to die in floods. Therefore, in order to provide scientifically sound recommendations for more equitable access to health care in disaster situations, the experiences, needs and knowledge of the various affected groups of population and stakeholders regarding emergency care must be included. This is where ISOE contributes its expertise on issues of gender-sensitive social-ecological research: Within the overall project, data will be collected and analyzed with regard to the role of gender and affiliation to ethnic, cultural, religious, educational, income, and age groups.

“In the context of natural disasters and disaster management, we can learn a lot from Bangladesh. Conversely, there is a great need there for improvements concerning the access to and quality of health care; innovations and findings from Germany’s civil security research are just as much in demand as those gained from our health research,” Kuch explains. “However, the collaboration between Bangladesh and Germany on this issue also serves other countries in Asia, Africa and Latin America, many of which face very similar risk situations during flood events. We anticipate that concepts and results from the FlutNetz project will transfer well to affected regions in other countries.”

In addition to Goethe University Frankfurt, RWTH Aachen and ISOE – Institute for Social-Ecological Research Frankfurt, several governmental organizations such as the Bangladesh Ministries of Health and Disaster Management as well as university hospitals in Bangladesh, medical societies and the non-governmental organization Center for Injury Prevention and Research Bangladesh (CIPRB) are collaborating in the project.